Wow. Got a lot of stuff whizzing round my head right now. Triggers everywhere. Photographs of close friends getting together with all their kids, reminders of friends that are pregnant, going to a hen weekend with a friend and her 7 week old baby. It’s impossible to keep away from it. But I haven’t quite worked out how to deal with it yet. Jealousy is evil. It eats you up. It makes you angry. It makes you hurtful. It makes you hardnosed.

My friend with the 7 week old baby probably won’t read this as she doesn’t do social media. But anyway, I apologise. I’m sorry for completely ignoring your son last weekend on the hen do. And today, at Parkrun. It was all I could do. Acknowledging him would have tipped me over. I didn’t want to look at him and I certainly didn’t want to hold him. Hearing him cry made me break inside. And then I had to deal with all the other people cooing over him. I had to walk away from them too. I must have come across as a right bitch. Maybe I am. The drinking helped. And the fudge. And the hot tub. It’s been a while since I got that drunk and boy did I enjoy it. Well, until the next day anyway. 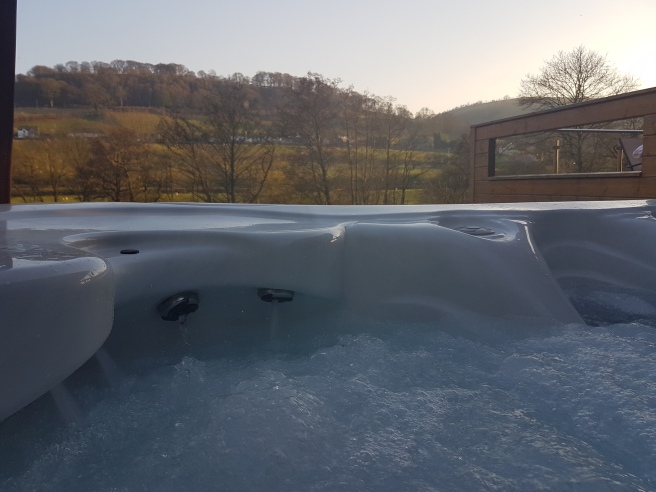 I know, I should probably speak to someone about it. Get help. But most of the time I actually feel fine. I’m pretty busy. I am ‘training’ although I’m not sure how well that is going… 😮 It’s just when it rises up and chins me that I feel it. Hard to get away from it then I suppose. Seeing a picture of all my uni friends together on the beach with their kids just triggered me this evening. They’re all looking so perfect, so happy, with their little families. Sorry guys if you’re reading this. I don’t mean to be mean. It’s just my coping mechanism. Pass the gin.

Tomorrow I’ll be over it. I’ll be thinking about the 5 kilos I’ve put on in the last month or so and how I need to get my arse in gear on the bike, even though the forecast is rain. I’ve been shopping for ‘stuff’. Shopping makes me feel better. Also, if I spend money on ‘stuff’ it motivates me to use it. So, this week’s shopping was a new GPS running/ cycling/ swimming computer watch thingemy-bob. It’s a Suunto. It’s cool. I used it today on my second run. Yeah, I said second – I’m in training, didn’t I say? I also joined British Triathlon (because it makes me feel like an athlete – hahahahaha!) and subscribed to 220 Triathlon magazine (mainly because I get a free tri-suit as part of my subscription). I have also ordered some new swimming goggles and a thermal swim cap as the water in the lake is frickin’ freezing! Brrrrr. 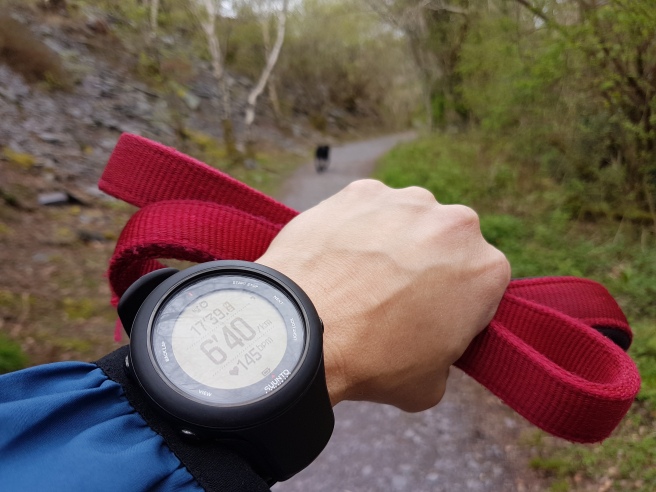 So my new strategy is, if anyone puts a baby in my face (or even a photo of a baby) I shall either run to my bottle of Opihr Gin or throw myself in the lake. Don’t worry, I’ll swim, I’m not about to finish myself off just yet.

I can’t believe, in the last few days, how many people I’ve heard moan about the responsibility of having children. ‘You can’t leave the house in less than half an hour with kids’; ‘I fell asleep in the afternoon which would have been fine had I not had to pick my daughter up from school’; ‘Sometimes it’s just nice to leave the kids at home, isn’t it?’; ‘We can’t afford to do anything now we’ve got kids’. These are just a few of the comments I have heard on the radio, in the shops, at the hairdressers. It’s true. I completely accept that having kids is a responsibility. But you know what, I wouldn’t have minded. Having a dog is a responsibility and I seem to have coped with that ok. Anyway, because we don’t have kids and I have very generous parents who have offered to dogsit for a whole month (I kid you not!) then we are planning a big trip. Why not? Everyone keeps telling me I should make the most of not having children. So fuck it. We’re off.

Ok, so we’re not going until December, but that doesn’t mean I can’t plan. Anyway, we’ve got rather a lot of saving to do which means rather a lot of work to fit in. Hey ho, keeps me busy. So, I hear you ask, where are you going to go? Well, we’re kind of between destinations at the moment. I really want to go to Northern India and Nepal (and maybe Tibet if we can get in) but the hubby is tending towards South America. Now I LOVE South America. In fact, it’s probably my favourite place in the world (so far). But I’ve been there before. Granted, I haven’t been everywhere, that would take some doing, but I’ve been to a lot of it. Now I wouldn’t not go there just for that reason, as I’ve said, I love the place but I’d really like to go somewhere that’s new for us both.

The reason Elton is thinking South America is that I am a seasoned traveller but he is not. I think he’s a bit fearful of India and Nepal, being so different to home. But surely that’s the point? Grab the bull by the horns is what I say. Throw yourself in at the deep end is what my mind is shouting. You only get one life, LIVE IT! I’m sure I could come up with some more metaphors and cliches if I tried… 😉 It’s not that he doesn’t want to go to Nepal and India, it’s just that he’s nervous. Personally I think it will be easier travelling. Most people will speak English in comparison to South America where, if you don’t speak Spanish, it can be a problem in some places – I do speak Spanish though… anyway, Nepal and India. I’m a coeliac and a vegetarian. India is the PERFECT place for me to eat!! 😀 South America on the other hand does not do vegetarian that well and eating on the hop is much harder.

So, I think the best thing to do is go out and buy a travel guide for India and Nepal and then get him to read it. Also, WordPress friends, Facebook friends, Twitter friends… if you have been travelling in India and Nepal, can you please give us some useful tips? Negative information is also useful, I want this contest to be a fair one. Well, fair-ish 😉 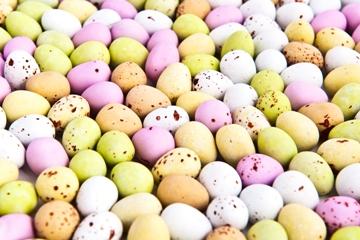 I’ve changed the name of this blog. I want to be able to write about other stuff too so this seemed more appropriate 🙂

Just got back from a lovely weekend away, spending time with family, eating good food and drinking a fair amount of alcohol (in comparison to the last few months anyway). Now I’ve realised I have just under 7 weeks until my first triathlon of the year and I’m struggling to find motivation. I think the fact that it is still 2 weeks until Easter and I have already eaten more than my body weight in mini eggs and creme eggs, is not helping. I feel like I’m dragging a sack of potatoes around and am actually worried I might sink like a stone if I attempt to go swimming.

My bikes have been gathering dust (I haven’t even used the turbo) and, although I have been for a few runs, my fell shoes have not seen daylight since last year. I have an immense task ahead of me. I’m also slightly concerned that my awesome training partner is about to have an operation on her hip rendering her incapable of being my training partner for a while. Certainly up to my first triathlon.

Good grief. How selfish does that sound?! Obviously I hope her operation is a huge success and she is back doing what she loves doing as soon as possible but, in the meantime, I’m in need of some new motivation. I’m really rubbish at getting out by myself. I’ll go for a short run with the dog but I need to be upping my game big time!

Perhaps I need to take out a personal ad…😮🏊🚴🏃